For Historical Fencing researchers, references of the term in the ​Fechtschulen​ are in several places. The Ordinances of the City of Breslau (9 September 1606) for one place, and note the several mentions ’ found in ​Wöchentliche Nachrichten für Freunde Geschichte​ (Büsching, 1817, p313).

I think of the term as, the “action keeper/ or guard”.

This is an excerpt found in Part One of The Forerunners of the Fechtschule: Antiquity. Available from:
Research Gate.

(. Board) was the name of the miniaturized ​brotschießel​ like rod with one end being thin and flat serving as its ‘striking’ surface, described further as ‘often preposterously large of leather or of split clacking wood and sometimes gilded…’ (Freytag, 1863, p1​52​).

The ​Pritsch​ was held and employed by the master of ceremonies (Pritschenmeister​) of ​Schützenfest​ and ​Fechtschule​. They were part announcer, jester, entertainer, and disciplinarian for these events.

For descriptions of the ​Pritschenmeister​ role in the ​Schützenfest​ of the era see the ​Pritschenmeister​ for Archduke of Austria Ferdinand II in the work entitled ‘Ordentliche gründliche Beschreibung des großen Schießen Stahloder Armbrust Zwickaw den 25 Augusti​’ (Siber, 1574) and chapter three of Georgiana Malcolm’s translation of Gustav Freytag’s ‘​Pictures of German Life in the XVIIIth and XIXth Centuries​’ (1863, pp1​34–186​).

lit. to tempt/ to attack (Dasypodius, 1535, 144r1 and 218r1), or a seizing action. As a fencing term, Master Meyer often used it with the meaning of one’s a first attack, an inciting action seeking the opponent’s reaction, while seizing the Vor. 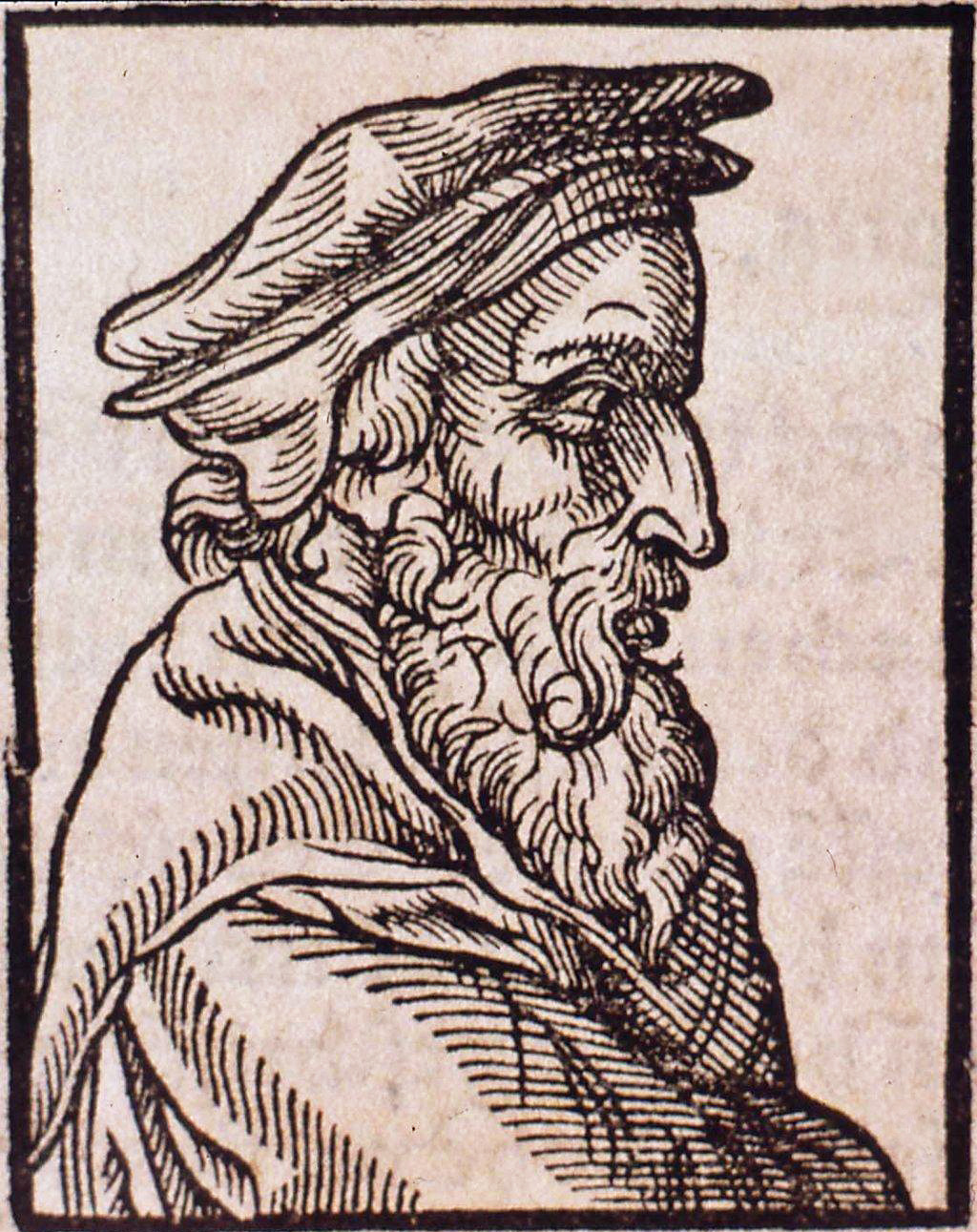 If you are unfamiliar with him or his works, or just not sure why he is important, please read the follow excerpt:

There are many pieces of data that aid a greater context of the world Master Meyer lived and wrote his fencing books in. I believe that the more we understand the Early Modern Period Meyer inhabited the better students we will become of his presented Art.

So very briefly lets look at some of the people, and places made mention of in his Dedicatory Preface to his 1570 fencing book.

One of the collateral lineages of Palatinate line of the House  of  Wittelsbach.

In the Golden Bull of 1356, the Palatinate was recognized as one of the secular electorates, and given the hereditary offices of Erztruchseß of the Empire and Reichsverweser of Franconia, Swabia, the Rhine, and southern Germany. From that time forth, the Count Palatine of the Rhine was usually known as the Kurfürst von der Pfalz.

Due to the practice of dividing territories among different branches of the family, by the early 16th century junior lines of the Palatine Wittelsbachs came to rule in Simmern, Kaiserslautern and Zweibrücken in the Lower Palatinate, and in Neuburg and Sulzbach in the Upper Palatinate. The Elector Palatine, now based in Heidelberg, adopted Lutheranism in the 1530s and Calvinism in the 1550s.

When the senior branch of the family died out in 1559, the Electorate passed to Frederick III of Simmern, a staunch Calvinist, and the Palatinate became one of the major centers of Calvinism in Europe, supporting Calvinist rebellions in both the Netherlands and France.

Established in 907, held by the House of Wittelsbach from 1180, Bavaria-Munich and Bavaria-Landshut reunited in 1506, annexed the Upper Palatinate from the Electoral Palatinate in 1628 along with the electoral dignity, inherited the whole Electorate of the Palatinate in 1777.

In the 14th and 15th centuries, upper and lower Bavaria were repeatedly subdivided. Four Duchies existed after the division of 1392: Lower Bavaria-Straubing, lower Bavaria-Landshut, Bavaria-Ingolstadt and Bavaria-Munich. These dukes often waged war against each other. Duke Albrecht IV of Bavaria-Munich united Bavaria in 1503 through primogeniture and war. However, the originally Bavarian offices Kufstein, Kitzbühel and Rattenberg in Tirol were lost in 1504.

Called “the Pious,” elector palatine of the Rhine, eldest son of Johann II., count palatine of Simmern, was born at Simmern on the 14 of February 1515. He was educated a Roman Catholic by Bishop Eberhard of Liege. However he was impressed early by the ideals of the Reformation. 21 October 1537 he married Princess Marie of Brandenburg-Kulmbach (1519-1567), daughter of Casimir, prince of Bayreuth, and in 1546, mainly as a result of this union, adopted the reformed doctrines, which had already made considerable progress in the Palatinate. He lived in comparative obscurity and poverty until 1557, when he became count palatine of Simmern by his father’s death, succeeding his kinsman, Ottheinrich  (1502-1559), as elector palatine two years later. In 1569 he wed the widow of Lord Hendrik “Grote Geus” van Brederode, Amalia of Neuenahr (1536-1602). He died in 1576, and was succeeded as Elector Palatine by his son Louis VI. Frederick had carved out a territory from the Lower Palatine land dubbed “Pfalz-Lautern” for his second surviving son Johann Casimir as an enclave to enable the continued existence of the Reformed faith.

(von Pfalz-Simmern) (1543 –1592) was a German prince and a younger son of Frederick III, Elector Palatine. A firm Calvinist, he was a leader of mercenary troops in the religious wars of the time, including the Dutch Revolt. From 1583–1592 he acted as regent for his nephew, Elector Palatine Frederick IV.

(Erztruchseß) The dukedoms of Franconia and Swabia had become extinct; their place and power, and the household offices they held, descended to the County Palatine of the Rhine and the Margraviate of Brandenburg. Saxony, even with diminished territory, retained its eminent position. The Palatinate and Bavaria were originally held by the same individual, but in 1253, they were divided between two members of the House of Wittelsbach. The other electors refused to allow two princes from the same dynasty to have electoral rights, so a heated rivalry arose between the Count Palatine and the Duke of Bavaria.

Under Emperor Charles IV was in the Golden Bull of Erzämter established in 1356 following distribution:

Scipio Africanus the Elder: The Roman general Scipio earned the surname Africanus after his victory at the Battle of Zama, which ended the Second Punic War in 202 BCE.

A Carthaginian leader who defeated the Romans repeatedly in battle on Italian soil during the 2nd Punic War. Hannibal is particularly famous for invading Italy via the Alps, across which he led not only mercenary troops, but African elephants.

A river that originates in the Alps, near Nufenen. It then flows through the Swiss canton of Ticino and northern Italy. It flows into the river Po, near Pavia. It is 270 km long. It gave its name to the canton. In Switzerland, it is dammed to make electricity. In Italy, it is mainly used for irrigation. The river flows through Lago Maggiore.

Mayor of the Palace of the whole Frankish kingdom (both Austrasia and Neustria), and later King of the Franks. He born 714; died at St. Denis, 24 September, 768. Pippin was the son of Charles Martel and father of Karl der Grosse (Charlemagne) and Carloman.

King of the Franks and Christian emperor of the West. He did much to define the shape and character of medieval Europe and presided over the Carolingian Renaissance.

Charlemagne was born in the late 740s near Liège in modern day Belgium, the son of the Frankish king Pippin the Short. When Pippin died in 768, his kingdom was divided between his two sons and for three years Charlemagne ruled with his younger brother Carloman. When Carloman died suddenly in 771, Charlemagne became sole ruler.

I am going to start posting a lot of my notes.  Actually I am going to transcribe them, attempt to edit them for Human consumption and then post them.

Some items  may be a help to others, so enjoy.

Buy me a Coffee